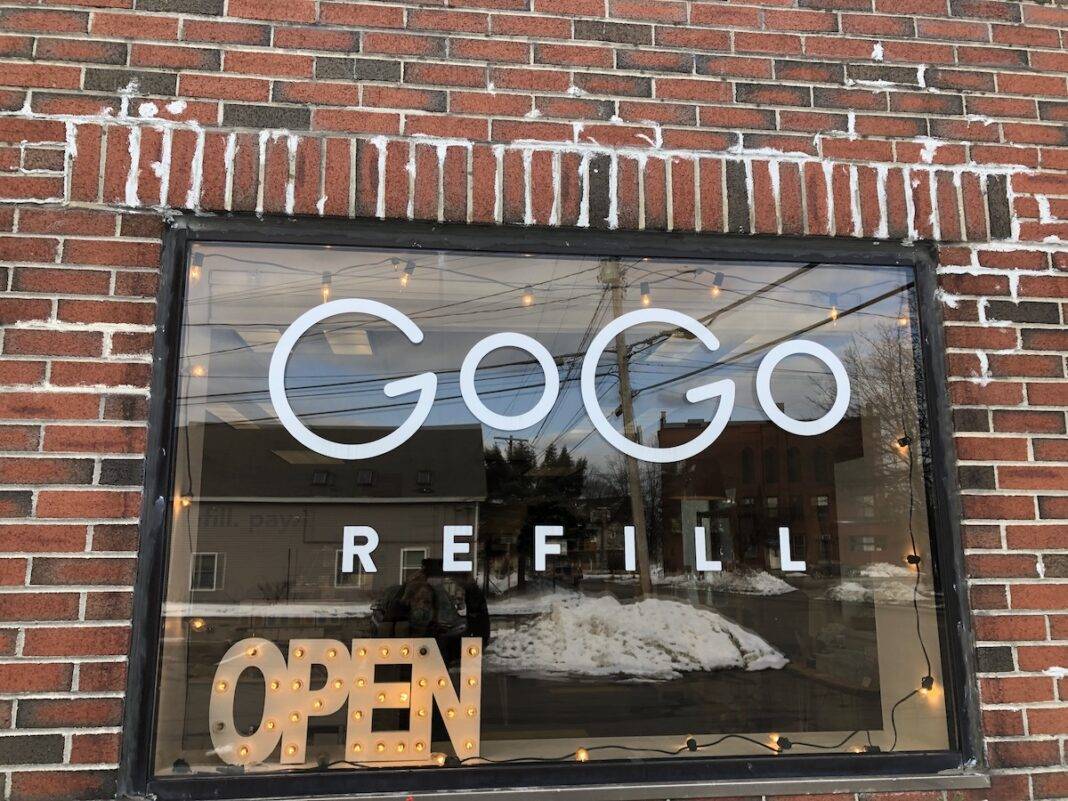 The South Portland, Maine retailer is part of the ‘refill revolution’ around the country

Most people detour to Portland, Maine, for its multitude of craft beer hotspots and restaurants, or to walk the Old Port’s cobblestone streets and picturesque piers. I veer to GoGo Refill to stock up on package-free home and kitchen supplies.
My 26-year-old nephew told me about GoGo Refill, which opened in 2019 just over the bridge into South Portland, a few minutes from downtown. He and his girlfriend calculated the cost of refilling their laundry and soap containers to be comparable to supermarket rates. “And it feels like I’m helping,” he says. “Every person that goes in there, that’s one less plastic container into the ocean.”
The store is bright and clean, and filled with interesting items to explore. Their centerpiece is the refilling station where you can find close to 90 bulk items, including laundry dishwasher detergent, dishwashing liquid, liquid soaps, surface cleaners, shampoos, body lotion, shower gels, and more. Customers bring in their own containers, or use the store’s recycled collection. Each is weighed before adding the material, and afterward.
In the year and a half I’ve detoured to GoGo Refill, I haven’t purchased one plastic container or package for laundry detergent, dish soap, or dishwasher powder.
Store owner Laura Marston, a former software designer and developer with two children ages 10 and 12, says she started GoGo Refill because she needed package-free options herself in her own hometown. “It all started with a New Year’s resolution to ditch single-use plastic water bottles,” she explains. “After that, it was impossible for me to close my eyes to the problems surrounding plastic production, toxicity, and pollution.” Marston said she loves the conversations she has with community members trading tips and trials of the low-waste lifestyle. The store’s motto: “Progress, not perfection.”
Marston says she tries and tests all the products to make sure they work and are of a quality she herself would enjoy. She constantly searches for innovative new products, especially ones locally made.
For example, a South Portland company called Good Natured Brand (created by a mom in Maine) supplies GoGo Refill with some of her favorite chemical-free bulk cleaning and household products, including carpet and upholstery deodorizers, and room and linen sprays. “Their ingredients are super clean and safe and super effective. That’s an important key to these things – that they work,” explains Marston. “And we get it all package free.” GoGo Refill shows up with its supply of five-gallon buckets and Good Natured Brand fills them up.
Another interesting Portland company Marston points to is called Wicked Strong. They make non-toxic and biodegradable industrial-strength cleaners for ovens, professional kitchens, and homes from upcycled resources. In their process of making biofuels, collected from used vegetable oil generated by restaurants, a glycerine-based by-product is created, which is then used to make their cleaning supplies.
When I’m refilling my containers at GoGo, it’s enjoyable to wander around the store checking out the owner’s new finds – from bath and beauty products to kitchen items. My favorite purchase has been Marley’s washable and reusable “UNpaper Towels.” Soft and absorbant, they come 12 to a package in bright, warm colors and patterns, like the yellow lemons or rainbow colors. They’re so attractive (and useful), I’ve bought several packages to give as gifts.
I’ve had great use from the cloth bag to store produce – it’s a thick cushiony cotton and roomy enough for plenty of veggies. I use it to store my herbs and greens and it helps them last longer without turning mushy. One less effective purchase were the Swedish re-usable dishcloths, which shrunk and stiffened too much when reused. One product I have not tried is Marley’s Toilet UNpaper, despite their soft flannel feel. They come as 24 washable cotton sheets rolled around a recyclable paper tube that fits on an existing toilet paper holder.
The store has items for pets, as well as babies and parents, such as cloth wipes and unfiltered diaper powder. Free of toxic talc, the three-ingredient diaper powder is made locally in Maine from arrowroot with calendula and chamomile flowers and stored in a cardboard tube with sprinkle holes to disperse.
Marston’s GoGo Refill van brings her items and refills to other locations in Maine on a regular basis, including farmer’s markets and businesses. Interest in refills is growing, Marston says, as well as interest from others who want to open low-waste and plastic-free stores. “I do get calls and emails from people who are opening places like ours,” she says. “I always try to give time because I believe in what we are doing here.”

On Cape Cod, Jess Georges now has a refill and eco store on Main Street in Brewster that opened in November of 2021. Before outfitting and opening a storefront, Georges transported up to 40 refill options and environmentally friendly products from a retrofitted bus called Bettie’s Bus, named after her grandmother that she drove to farmer’s markets, libraries, and fairs around Cape Cod. She retired Bettie’s Bus but still gets on the road with Sally Sud Shed towed behind her vehicle. Cape Codders can learn the mobile unit schedule on the store’s website.
“I’m really encouraged,” says Georges. “I was one of a handful in the nation, now I belong to an eco shop owners group on Facebook that has over 200 members. We call it the refill revolution.” She says she notices a shift in consumers as well. “The consciousness has skyrocketed over the past five years. When I first started, I was constantly explaining the ‘why’ to the business. Now people know what I’m talking about and they know the ‘why.’”
Closer to Boston, several refill shops have opened recently. Sarah Levy launched Cleenland in Cambridge with a refill station and home and beauty products. Aiming for community participation, Cleenland also has a farm CSA drop-off as well as this clever incentive: They teamed up with Bootstrap Compost, a residential food scrap pickup service operating around the state, and Cleenland is offering its customers two months of free food compost pickup when they sign up.
Maria Vasco, who moved to the U.S. from Colombia with her family when she was four, opened Uvida just after graduating from UMass Boston, where she majored in environmental studies. She worked on reducing her own plastic waste and then founded Uvida, which translates to “U Life.” Now she has two locations, one in the North End and the other in East Boston where she grew up. 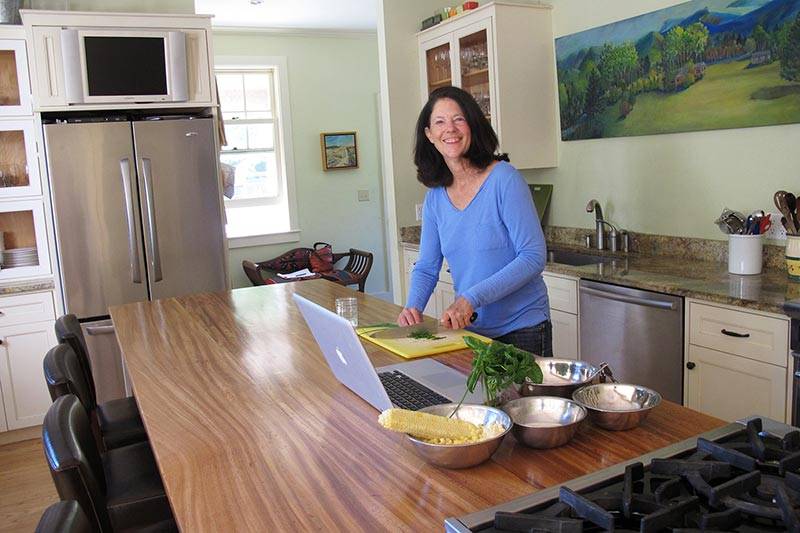 Catherine Walthers
Catherine Walthers is a freelance writer and author of four cookbooks. “Now that I’ve learned to grow my own microgreens, my goal for 2021 is not to buy another plastic laundry or dish detergent container, thanks in part to my discovery of GoGo Refill in Portland, Maine.”