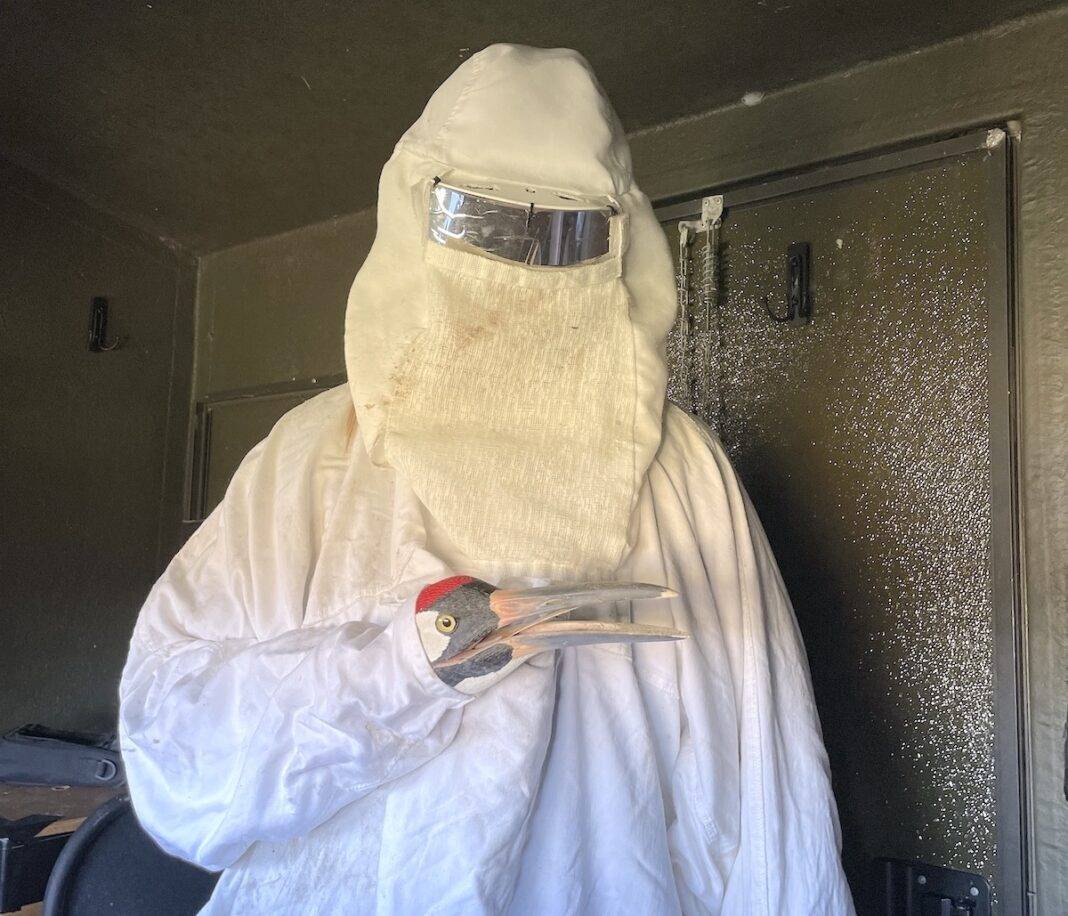 Costume-reared chicks are key to establishing a self-sufficient non-migratory flock of the endangered species.

Eva Szyszkoski grew up on a farm on Michigan’s Upper Peninsula where her family always had a brood of chickens. Later, while studying biology at Michigan Tech in the mid-aughts, she had a pet Umbrella Cockatoo, a sensitive bird known for its delicate beauty and demanding nature. While it was always her professional aim to work “at something in the field with animals,” she doesn’t remember being particularly focused on birds. So she’s as surprised as anyone that her job calls for her to impersonate a bird, and a big and rare one at that.

In 1950, the whooping crane (Grus americana) went extinct in one of its primary habitats in the U.S. — the Louisiana wetlands — mainly from oil and gas drilling and hunting. But, as big visible birds on the landscape, the cranes were never wholly forgotten, and 61 years later, a restoration project got underway in the southwestern part of the state. The goal? Ultimately, to reestablish the cranes as a permanent feature of the ecology, and, more immediately, to move them from endangered status to the lesser rung of threatened.

In the Spring of 2015, Szyszkoski joined biologist Sara Zimorski in the Louisiana Department of Wildlife and Fisheries, where they’re responsible for watching over the non-migratory flock of cranes at the White Lake Wetlands Conservation Area in Vermilion Parish. The cranes were reintroduced, chick by chick, in 2011. The current population is 76, which is more than halfway to the threshold for a self-sustaining population, defined as “120 individual birds and 30 productive pairs, maintained for 10 years without additional restocking.”

To get there, the biologists do a lot of monitoring: They check the nests to see if the eggs hatch (and if not, study them to try to understand what went wrong). They also document whether the chicks successfully fledge, and keep tabs on the whole population during the storms, like the back-to-back hurricanes — first Laura, then Delta — that came through in 2020. “People ask if [the cranes] feel it coming and move. The answer is no. They just hunker down,” Szyszkoski said.

The work is year round — in the field, in the office, and even up in the sky. “We have some cranes in inaccessible locations where we can only really see them from the air,” Szyszkoski explained. With the help of pilots in the law enforcement division, she flies once every couple of weeks throughout the breeding season. She finds the cranes in the marsh by tuning into a unique VHF frequency transmitted by each bird. They are named only with numbers when they’re tagged with leg bands that contain the tracking devices.

The team conditions the cranes not to be too chummy with humans, who, unfortunately, along with bobcats and coyotes, are counted among their predators. “We never reveal the birds’ locations when people ask,” Szyszkoski said. “Many of them are visible on public roads throughout the year, but I usually tell people, ‘If you’re out raking crawfish, keep an eye out in the season.’” She doesn’t mean to be cagey, but the birds’ safety is the priority. “It really gets us when people shoot them,” she said. “We’ve had a number of them get shot over the years, and it’s terrible.”

To reinforce in the cranes the habit of keeping a healthy distance from people and to prevent them from imprinting on humans, Szyszkoski dons a white cotton crane costume. She uses a crane hand puppet when close or hands-on interaction with the birds is called for, like when tagging the birds or replacing malfunctioning transmitters. Once costumed, Szyszkoski uses an old broken fishing pole with a string and grapes to lure the cranes close enough to step into the leg noose. “I’m good at it!” she said with a laugh.

An indispensable part of the costume is a hard hat tucked under the hood to protect Szyszkoski from beak jabs. “There are plenty of times I’m glad to be wearing it,” she said. The white suit helps protect against sun damage, mosquito and black fly bites, and the whooping cranes themselves. “If they pinch you, whew, that hurts because they just get that little bit of skin and squeeze really hard. But the more dangerous thing is when they jump up and try to rake you with their claws. I have scars on my arms and have had many, many, many bruises over the years.”

There’s much less wear and tear on Szyszkoski when wearing the costume around the chicks. She acts as a surrogate mama crane for the transplants who don’t have parents at White Lake to show them the ropes. She teaches them how to feed, at first on pellets given to them in their individual cages, but “as they grow older, we take them outside for walks in protected areas, and encourage them to be naturally foraging on their own, or we try to catch little bugs and feed them with our puppet heads,” she said. “Basically, we are trying to be as much like their parents as we possibly can, being that we’re humans, and not cranes.” 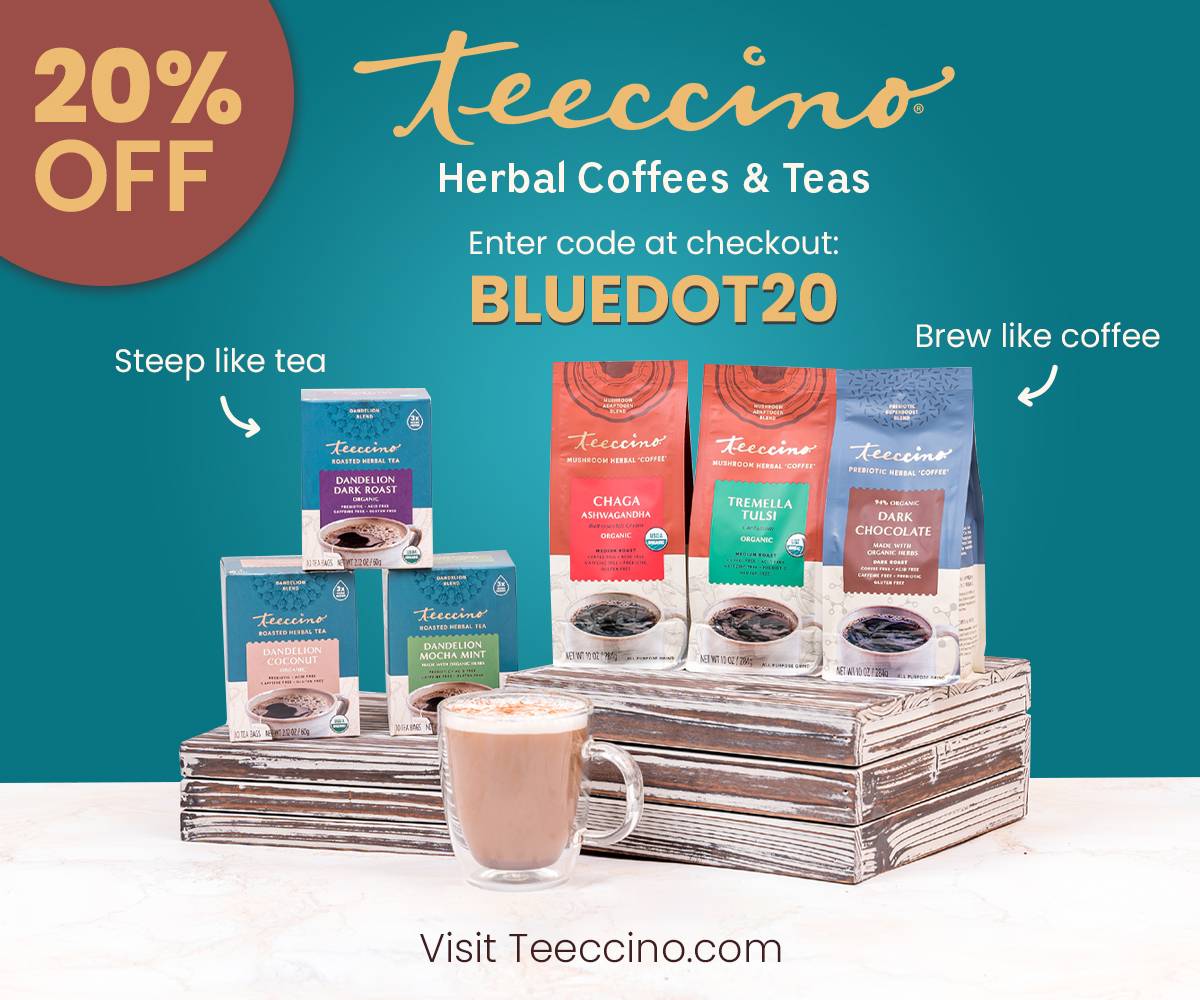 This gluten-free, vegan cake is a showstopper — ideal to make if you are entertaining. Its...
Read more

Though I have worked in the food industry for about 20 years as a recipe developer...
Read more

Dispatch: In Paris, Art Sounds the Alarm on Climate Change

At a September exhibition in Paris at a private home, artist Morgane Porcheron showed me a...
Read more

Dear Dot: What Are My Eco-Options for Valentine’s Day Flowers?

Dear Dot, With Valentine's Day coming up, I have to wonder: Is there such a thing as...
Read more

I think brassicas — cabbage, broccoli, Brussels sprouts — are the most delicious winter vegetables. And...
Read more