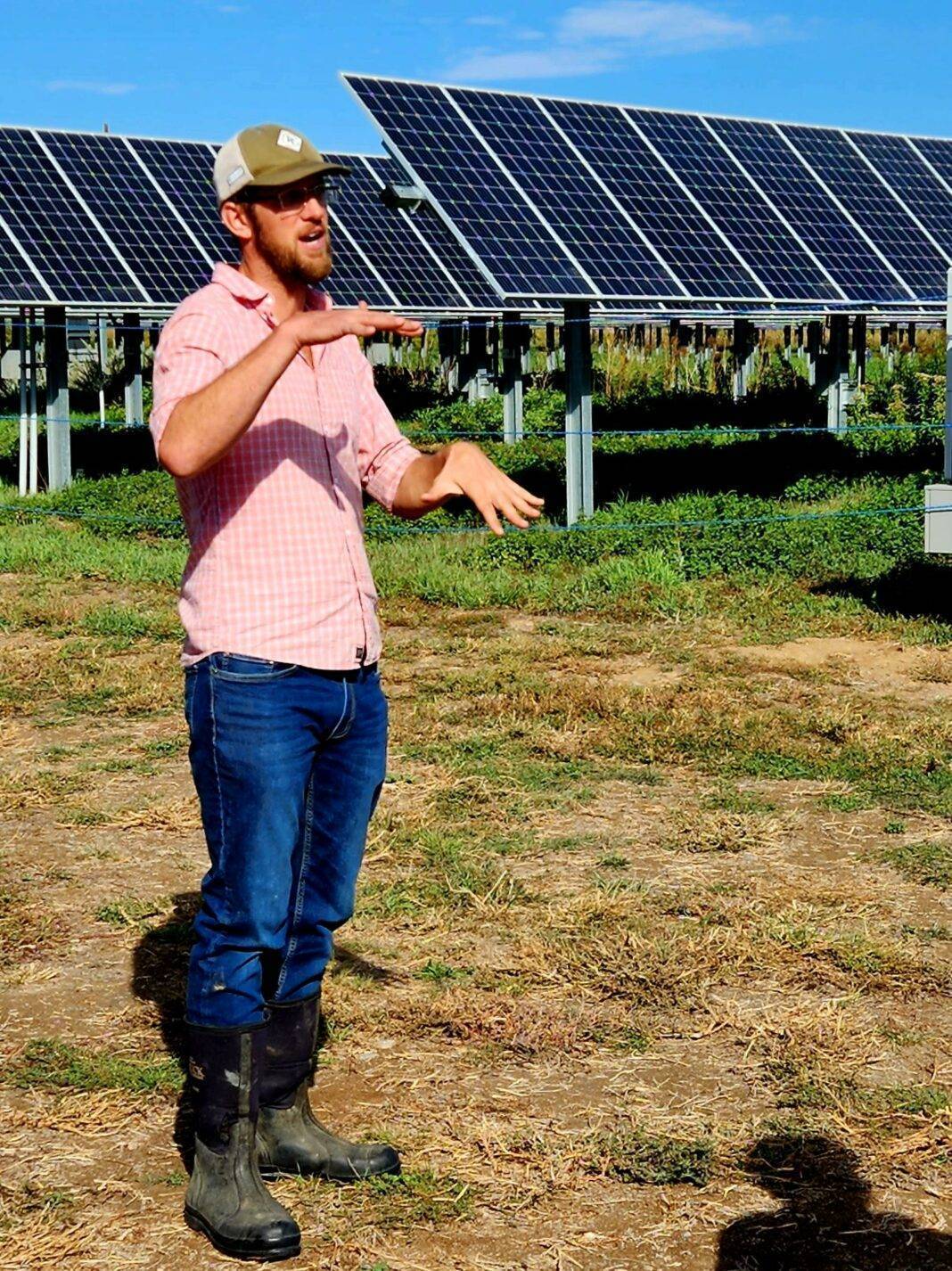 An agrovoltaic test facility in Longmont, Colorado gives a family farm a prized microclimate and the financing to grow.

It’s a dry, severe ecosystem on the High Plains prairie lapping up against the eastern slope of the Rockies. Short, sere grasses like the blue grama scratch by in the mineral-rich, nutrient-deprived soil over cold nights and hot days that get hotter every year. It’s the last place you’d expect a lush market garden.

But once you turn off the main road and thread through farm implements and outbuildings, you’re a few feet away from dense stands of arugula, oregano, tomatoes, rhubarb, and the star of farmers’ markets around here, the shishito pepper that sells for up to $16 per pound. Prized as pollinators, bees bob and dip among the berries.

It’s all made possible by more than 3,200 solar panels looming overhead. Tilting throughout the day to capture the sunlight, they cast shade on dozens of distinct microclimates for crops that would blister and shrivel in high summer, this year sometimes exceeding 100°F (38°C). But they also bankroll the operation by generating more than 1.2 megawatts of electrical capacity, enough for 300 homes, selling it with a local utility for enough in cash, energy credits, and other rebates to push this money-losing farm well into the black. As a test facility, Jack’s Solar Garden is one of a kind. But the lessons learned here are already teaching countless communities how to profit from their own gardens, and bring fresh food closer to markets and people.

Despite its promise as a renewable energy source, solar power has always been under a shadow. Unlike power plants, solar sites must be spread over the countryside to control transmission costs. But the panels take up a lot of space — some say they would need as much acreage as the state of Kentucky to replace today’s carbon-based energy. The land they occupy would die.

Fast-emerging agrovoltaic technology offers a solution. Advances in computerized solar array control systems make it possible for smaller sites like family farms and community gardens to have the best of both worlds. Panels mounted on torque tubes six to eight feet off the ground track the sun across the sky, reaping optimal sunlight throughout the day to maximize electricity production, while the ground below gets enough shade for high-value crops, mainly vegetable and herbs, that require intensive cultivation.

That convinced third-generation farmer Byron Kominek, grandson of the eponymous Jack, to go into the solar energy business. He had just returned to this 24-acre tract in Boulder County, Colorado after several years overseas in the Peace Corps, and saw traditional crops suffering from increased drought and ever-higher temperatures. He needed a new way to bring in cash. A new transmission line just a few feet off the main road shaved more than half off the cost of connecting to the local power grid, normally a daunting obstacle for smaller arrays, while a burgeoning food culture in the surrounding area provided customers for high-quality produce.

He’s lucky to be in a county that encourages solar power with an array of incentives. But anyone in the US can tap into business expertise, localized for their own state and county, and regulatory updates. The National Center for Appropriate Technology maintains a dashboard for case studies, white papers, research, links to resources such as soil profiling and weather trends, and is working on a business template where each farmer can plug in his own variable factors to create a model comprising various state, local, and national benefits. And the National Renewable Energy Laboratory, a sponsor, offers a website for its Low Impact Solar Energy Program with a map of more than 300 projects in the US, a financial calculator for a first cut of proposed project’s economics, and a data portal for research articles and other information.

That’s a big part of solar energy’s future. Passed into law last August, the Biden administration’s Inflation Reduction Act allows generous tax credits for new sites selling solar power. And it highlights a threat looming over the nascent agrovoltaic industry: private investors might hover over promising sites like Jack’s Solar Garden, and snatch them up for the write-offs. Kominek suspects these parties will not care very much for the clutches of aromatic basil. So he would fight to carve out an exemption for small community-based operations once the program’s details emerge. Until then he’s hosting hundreds of tours and other visits — everyone from schoolchildren and technologists to the rare visitor from a profession new to this part of Boulder County, the farm-to-table chef. 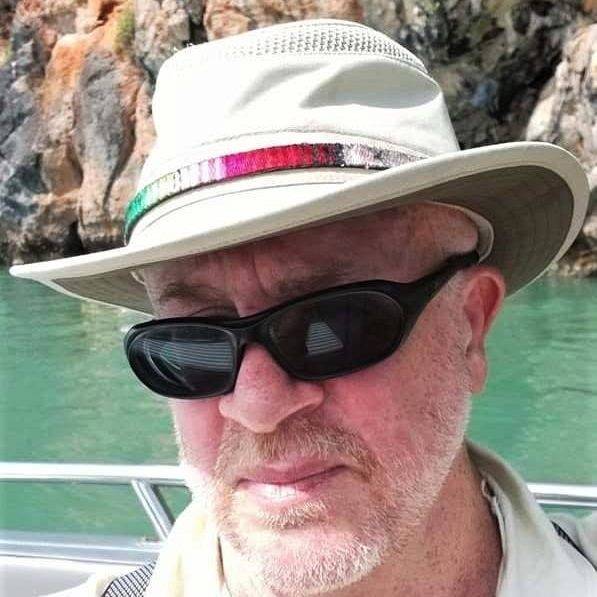 Donald Frazier
Donald Frazier has reported on East Asia for the New York Times, the Washington Post, Forbes, Forbes Asia, and a number of global magazines. This is his first story from North America in 30 years.