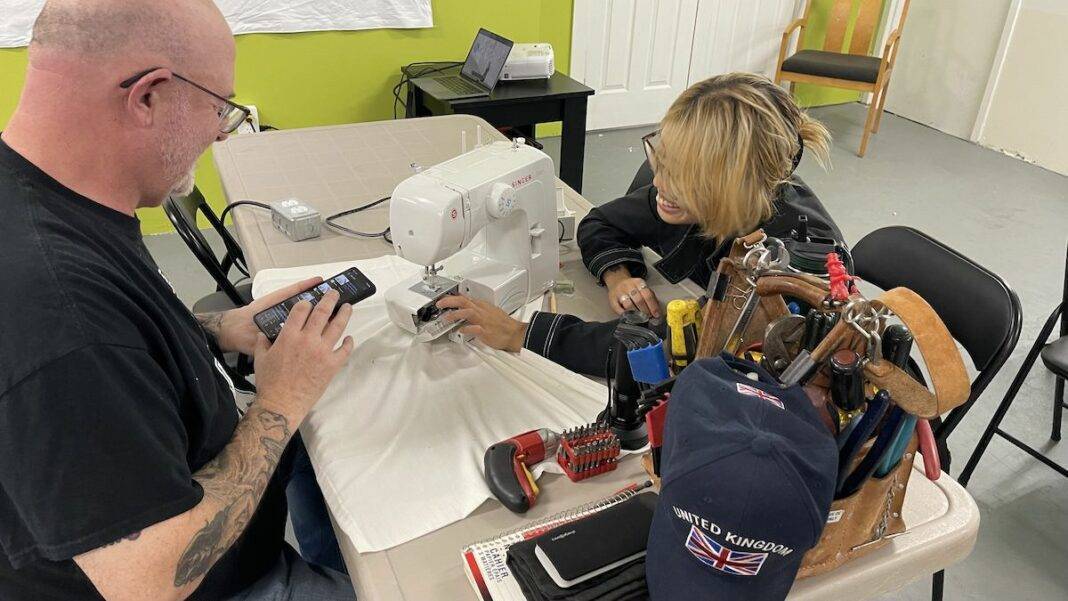 The Repair Café and Thing Library deliver the tools a local community needs to fix our throwaway culture.

It’s Wednesday, early evening, and a couple dozen people are starting to wander into the community meeting space at Reimagine Co in London, Ontario. Some are carrying small items — an electric can opener, a piece of clothing, a curling iron. One has a sewing machine, another a tool box.

Heenal Rajani is there to welcome everyone to the Repair Café, a monthly event that brings together volunteer fixers and people who would like to learn how to repair and reuse items rather than throw them out. It’s a scenario that plays out in more than 2,200 Repair Cafés around the world, a global movement that gives household items a new lease on life if they only require a simple fix. For Rajani, it’s also a way to connect people and build community.

London’s Repair Café started in 2018, but had to be suspended during the pandemic and just restarted in late September 2022.

“We held 12 repair workshops before COVID,” Rajani says. “Stereos and radios, toaster ovens, sewing repairs, basically we’ll look at anything except bicycles. We had someone bring in a button maker, another person brought an ‘Operation’ game, and one guy showed up with a vacuum cleaner that he happened to see on the curb on his way. Someone had put it out for garbage pick-up and he figured he’d bring it to see if it was fixable. Turns out the nozzle was clogged; once we took it apart and cleaned it out it worked perfectly.”

Our disposable culture throws out a vast amount of stuff, according to repaircafe.org, because lots of us have forgotten that we can repair things ourselves. One challenge is having the right tools to do the repair, as well as knowing how to use them. Repair Café volunteers bring tools with them, and there are people to guide them through the repair process. Sometimes there is group brainstorming as participants try to figure out the best way to tackle a repair project. By the end of the evening, some things will have been fixed, people will have learned something, and everyone will have had an opportunity to meet other members of the community.

Reimagine is also home to the Thing Library, which opened in April 2022 and already has more than 400 items that members can borrow. Members pay a small annual fee and inventory runs from tools for food prep, gardening, or DIY repairs and renovations, to bulky occasional-use items like camping gear and canning pots. It’s an affordable option for apartment dwellers, downsizers, and others without a lot of storage space. It’s accessible to people who might not have the means to buy items, and it appeals to people who see the wisdom in pooling resources or who want to try using a tool or other item before they commit to purchasing one.

Both Repair Cafés and the Thing Library are linked to the concept and advocacy of Right to Repair — the belief that when you own something, you should have the ability to repair it yourself or bring it to a technician of your choice. The electronics sector in particular is notorious for maintaining a monopoly on repair work — limiting consumers’ ability to unlock cell phones or purchase replacement parts, for example.

Reimagine regularly collaborates with local organizations to organize and host free educational workshops, with speakers on a range of topics from Right to Repair, zero-waste and sustainable living, to food literacy and climate change.

At the end of the day, says Rajani, each of the activities Reimagine is involved in provides an entry point to a deeper conversation about how we can live better together, in harmony with each other and with nature. 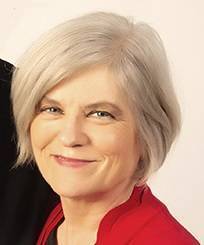 Kym Wolfe
Kym Wolfe is a freelance writer, adult educator, and speaker based in London, Ontario. Her articles have been published in more than two dozen magazines and newspapers, and she is the author of four books. kymwolfe.com.